Top Posts
12 Budget-Friendly Fall Activities
PROPERTY HIGHLIGHT: 1133 WEST FIFTH APARTMENTS IN TEMPE,...
Your Guide To Pet-Friendly Apartments In Arizona
The Pros and Cons of Living in Arizona
Renter Statistics in Arizona
Property Highlight: Harmony at Surprise in Surprise, Arizona
A City Guide to Living in Phoenix, AZ
Everything You Need To Know About Renting in...
Apartment Spotlight: Aria on Mill in Tempe, Arizona
How To Declutter Your Bedroom This Spring
Home Apts Phoenix Arizona Rent Arizona Apartments in 9 Cities That Are Cheaper Than Phoenix
Apts Phoenix ArizonaArizona Apartments for RentRent Apartments ArizonaRent ArizonaRent Phoenix Arizona

Rent Arizona Apartments in 9 Cities That Are Cheaper Than Phoenix 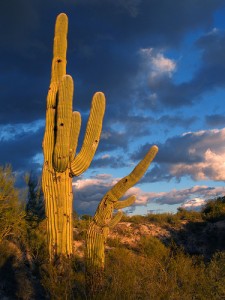 With average rent in Phoenix climbing to $843 per month, there are still plenty of places in the State that won’t break your pocketbook on the first of every month. There are 9 cities to rent Arizona apartments that are cheaper than Phoenix.

With 20,478 residents, Fortuna Foothills is about 3 hours from the capital and sits on the outskirts of Yuma.

Always warm, the city is fairly dry, averaging only 3 inches of precipitation per year.

With average winter temperatures only dropping to 43 degrees, this warm city gets about 6 inches of annual precipitation.

Green Valley has 17,283 residents and is the smallest place on our list. 40 minutes south of Tucson, the city is about halfway to the Mexico border.

Surrounded by hiking and beautiful scenery, Green Valley is a popular retirement location.

About 200 miles from Phoenix, Kingman sits on I-40 near the Nevada and California borders.

An hour south of Phoenix, Casa Grande’s 43,878 residents are able to keep the capital within easy reach.

Annual rainfall is around 10 inches and summers are hot, with average highs in July at around 105 degrees.

Nearly 2 hours from Phoenix in traffic, Florence’s 21,769 residents are hosts to 9 prisons and the annual “Country Thunder” music festival.

A stones-throw from the California border, Yuma is a significant retirement community, but a major Marine Corp air station keeps the median age down to 31 years old.

About 2 hours away from Phoenix, Prescott is one of the rainiest and snowiest cities on the list.

The city’s 42,749 residents get an average of 19 inches of rain fall and 22 inches of snow each year. That’s probably why it’s such a green city compared to the capital.

The largest city on the list, Tucson has well over 500,000 residents and sits in one of the most beautiful places on earth.

Near mountains, Tucson doesn’t usually get snow right in the city, but it can be easily accessed at the local ski resort on Mt. Lemmon.

As you continue to search for an apartment to rent, remember that Arizona cities located farther away from the capital (like these are) should be high on your list. They are usually much safer, prettier, and have better climates than those in the Phoenix metropolitan area.

How about you? Any luck finding a place to rent in AZ? Comment below.

Looking for work? Need to find a place in AZ for rent? If you want to get a great job with a big Arizona company, you should consider the cities with the State’s largest employers.

How Much Should I Expect to Pay for Apartment Rent in AZ? A Breakdown of Rates In 19 Largest Cities

Everything You Need To Know About Renting in...

How To Declutter Your Bedroom This Spring