Rent in Arizona: 8 Cities With The Lowest Rent 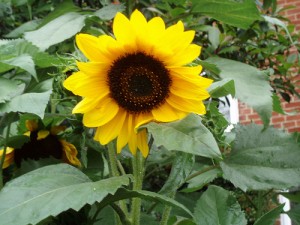 Rent in Arizona fluctuates as much as the weather in Flagstaff (a lot). Here’s a list of the 8 cities of 50,000 population or higher with the lowest median gross rent:

Tucson is, by far, the cheapest city for an apartment to rent in Arizona. A little over 100 miles southeast of Phoenix, Tucson has hot summers and temperate winters. The city sits at a higher elevation than Phoenix, and ends up a bit cooler and wetter than the capital. Tucson is the second largest city in Arizona.

Located in the southwest corner of the state, Yuma is known for being a winter retirement town. According to the Guinness Book of World Records, Yuma is the sunniest place on earth. It’s also very dry, averaging about 3 inches of rainfall each year. There is a large U.S. Marine Corp air base in Yuma, AZ.

Arizona’s capital and largest city, Phoenix is working actively to repair its reputation as one of the most dangerous cities in the United States. The last few years has seen a significant drop in violent crime and auto theft, so the city is making good progress. Featuring fierce summers with an average high of 103 – 105 degrees during the summer months, Phoenix is home to about 1.5 million people.

Part of the Phoenix metropolitan area, Glendale is home to the Arizona Cardinals and about 227,000 residents.

Home of the London Bridge — yes, the real one, they bought it from the Brits in 1968 — rent in Arizona is a great value in Lake Havasu City (if you can bear the desert climate). Temperatures in the city are hot all summer long with highs between 100 – 128 degrees during the summer months and frost is pretty much unknown to residents during the winter, with dips below 40 degrees being fairly rare.

A great town with tons of cultural activities, Mesa is part of the Phoenix metropolitan area. The third largest city in Arizona was founded by Mormon settlers in the late 1800s and is home to one of the church’s most beautiful temples.

Part of the Phoenix metropolitan area, Tempe is home to Arizona State University’s oldest and largest ‘Tempe’ campus and contains Sun Devil Stadium — if you’re involved with the University at all, consider renting in Tempe.

Part of the Tucson metro area, Catalina Foothills, AZ is one of the most affluent cities in the United States. The city contains many beautiful properties and the overall area is gorgeous. Canyons abound here as do outdoor activities.

Depending on whether you like urban areas or you’d rather live in the middle of nowhere, you can get a bargain on apartment rent in Arizona. Deals are everywhere.

How about you? Any luck finding apartments for rent in Arizona? Comment below.

Apartments For Rent in AZ: 5 Cities You Have to Consider

Looking for a New Apartment in Arizona? Rent in One of These 5 Cities If You Hate Urban Living